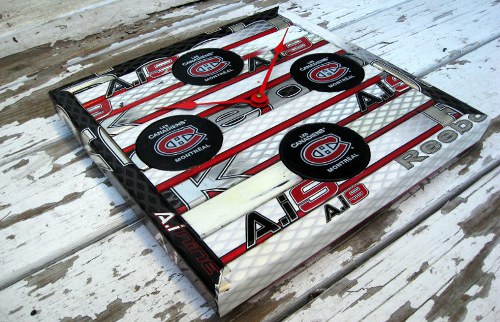 Another fantastic clock! Unfortunately, it doesn’t use only sticks. Nevertheless, this clock is great for displaying your team pride or your own hockey pucks. It is of moderate difficulty because it requires the use of a drill press to make the holes for the pucks; if you don’t have access to a drill press, it’s doable but will be a bit harder!

A straightforward breakdown of the process makes this clock easy to build yourself. It begins in a very similar fashion to the stick wall clock.

Unfortunately the drill press is really needed to do this clock right. You can do it by hand, but you run the risk of having angled holes for the pucks. Using a press also provides much better control over the hole saw.

The design doesn’t use only sticks because there is limited space space to bind the sticks together between the center hole for the clock movement and holes for the pucks. Traditionally I’ve used a support stick on the widest side to bind them together like on the stick wall clock but it just barely doesn’t fit in this configuration. You’d have to make the clock even bigger to do it and it’s already a pretty big clock. You could use a stick on it’s narrow end to do the job, but it’d be a lot trickier than necessary. I also thought the marine plywood and polycarbonate added a lot to the appearance.

This clock is a little over 12″ square, so it’s a big clock! We’ll start with 9 sticks cut to the height of 9 sticks so it’s nice and square, which ends up being about 10.5″ inches. Make sure you clamp them all together before cutting! You’ll also want to cut the marine grade plywood and polycarbonate to a square that is slightly less than that. If things don’t come out perfectly square, it’s not a problem. It’s going in the back and won’t be easily visible. 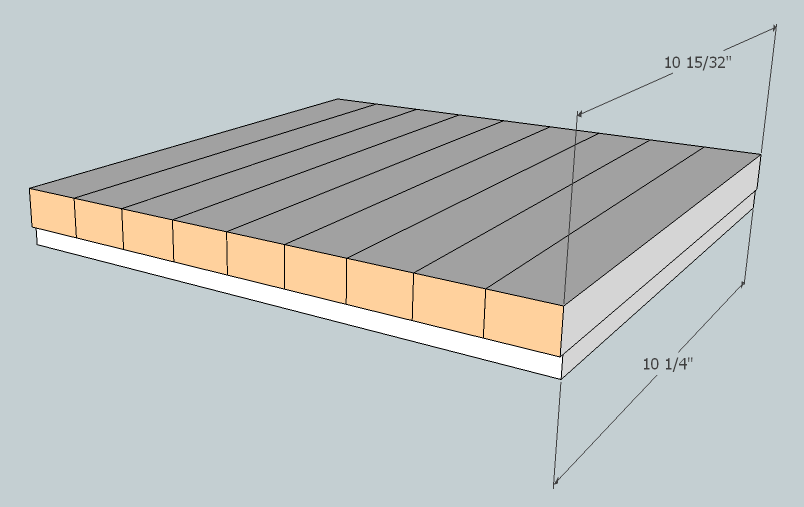 Use the 3″ hole saw to cut a hole in the middle of the plywood and polycarbonate. This 3″ hole will fit the movement body and allow it to recess into the clock so it doesn’t sit up against the wall when you hang it. This also allows the throat diameter of the clock to be significantly less and therefore, easier to find.

Take this time now to choose a middle stick and drill the necessary 3/8″ hole for the movement. It’s much easier now than later. Also counter bore anything else in the center stick (as seen in these images) for the clock movement. 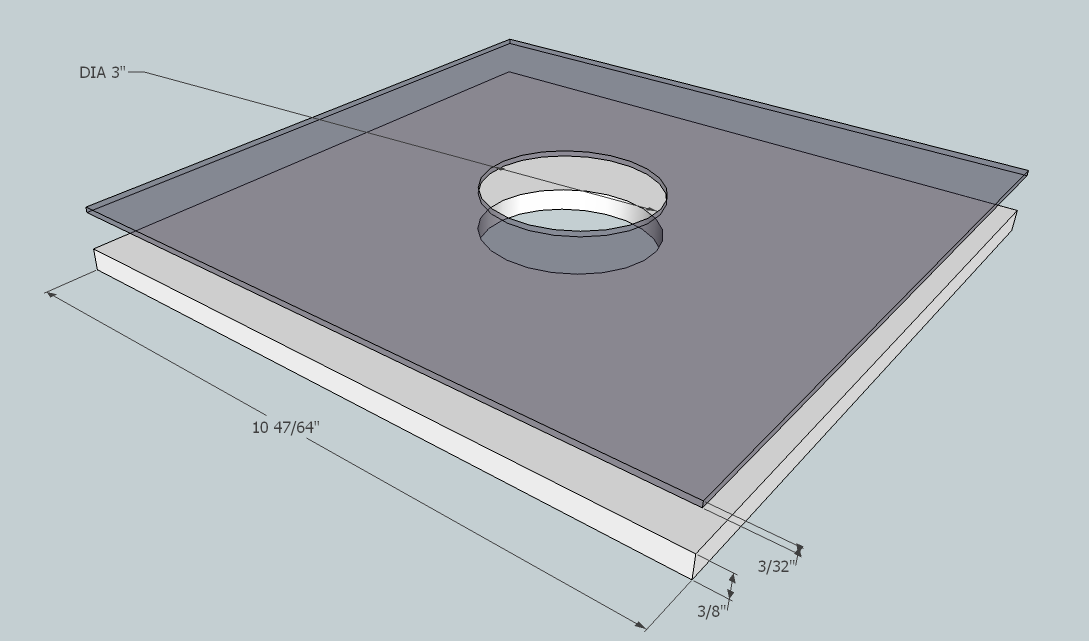 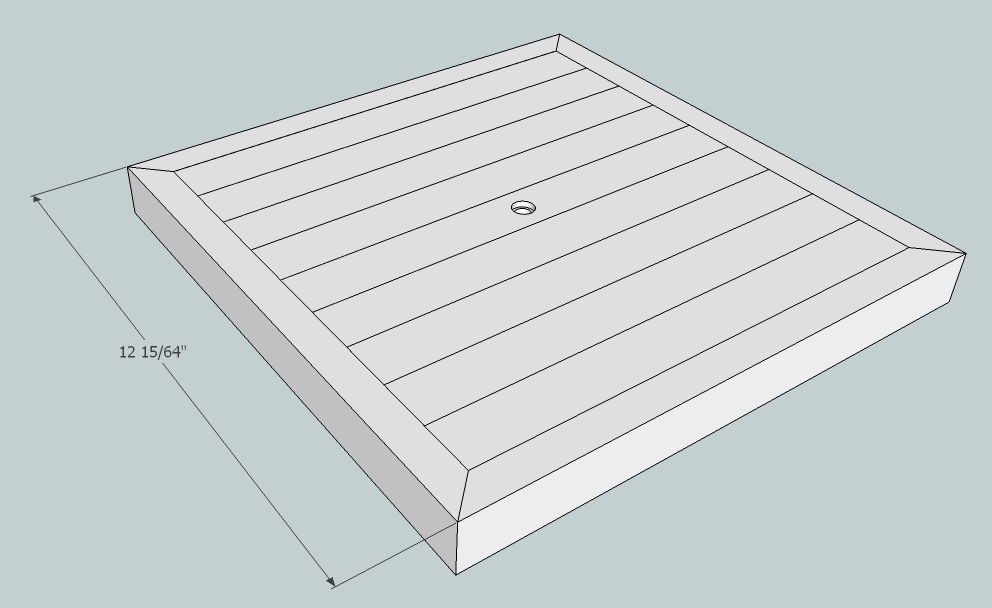 Now it’s time to add the framing. Just like for the wall clock, cut the lengths to close to the right size you need and slowing sand or shave off the necessary amounts to get it right. Again, add a bead of glue and clamp all 4 sides to the sides of the sticks. You’ll see here why under-sizing the plywood was important. It won’t get in the way of adding the framing pieces. If the plywood was too large, the framing would sit awkwardly against it instead of the main sticks. Once you’re done, you should have clocks that look like the ones below. 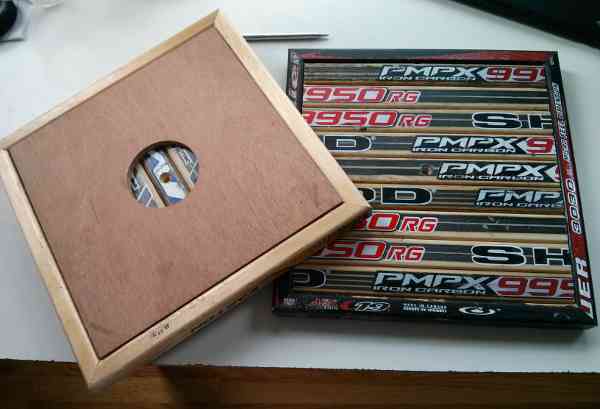 Now that most of the device is together, it’s time to add those holes for the puck. We want something that has dimensions close to the ones below. 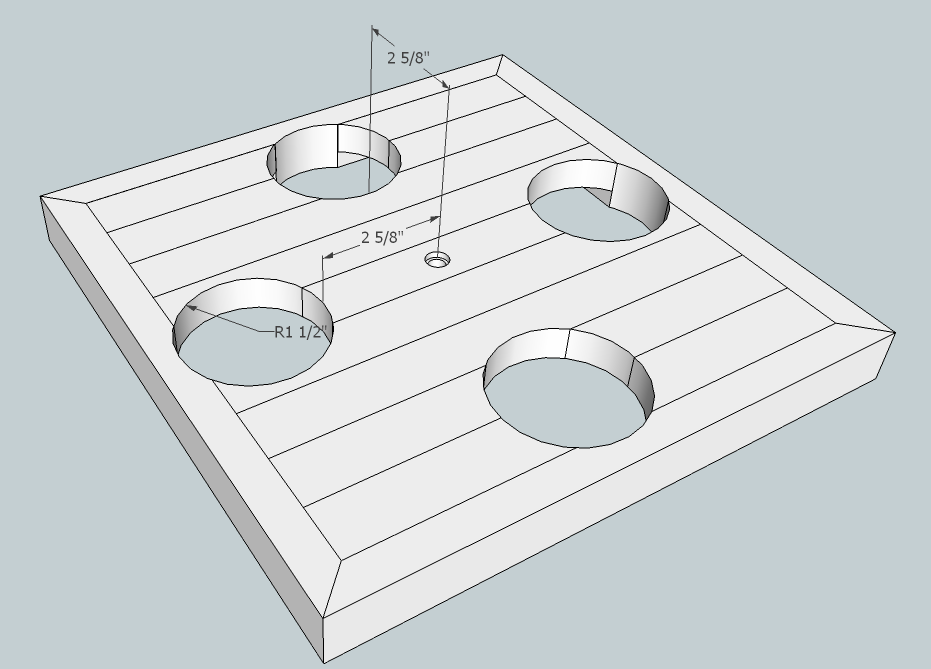 We have to cut slightly into the edge pieces to avoid having tiny pieces of the sticks that make up the front left over as highlighted in red below. As you can see, there would be no easy way to attach the red pieces to the back and avoid the clock looking like it’s missing something. 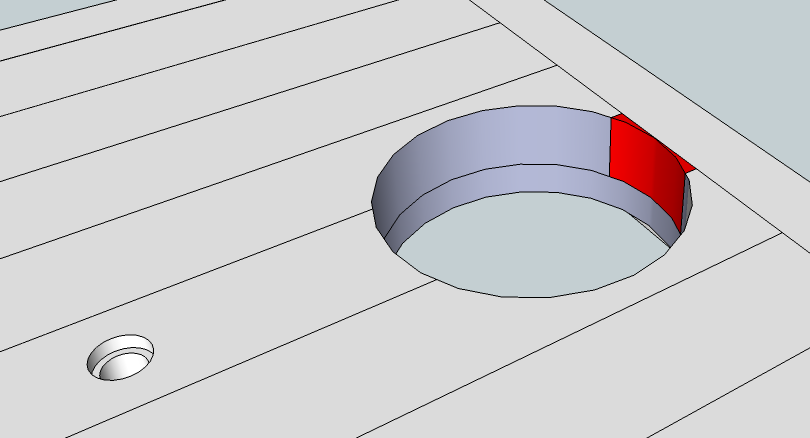 Drill the 4 holes for each puck through the sticks and the plywood. Do not drill through the polycarbonate. That’s going to be the back that holds the puck in. Go nice and slow when drilling. You want to avoid delamination of the sticks when the drill first starts going engaging the stick. I also recommend clamping the relevant framing piece while drilling to ensure it doesn’t break off during this process as shown in the picture below. 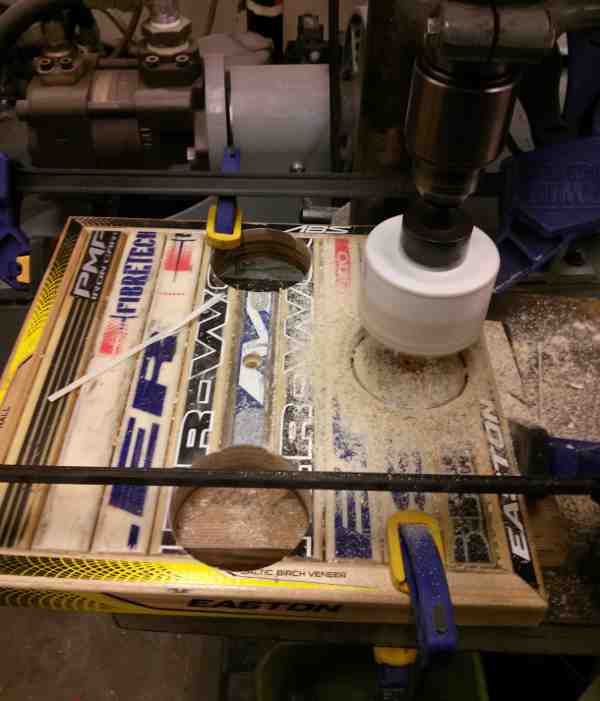 Attach the polycarbonate using the machine screws about 1″ from all sides on the 4 sides. The two images below show the actual and the model for doing so. 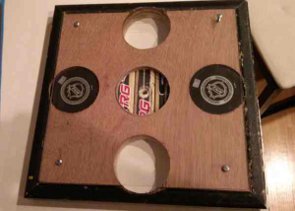 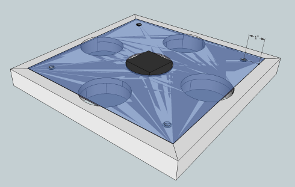 Crimp the picture frame wire to the ring terminals and using the polycarbonate attachment screws, put it in place along with the rubber bumpers. I also placed small black bumpers on the polycarbonate behind the pucks to ensure they don’t recess into the hole and stay flush with the front of the clock. This isn’t a necessary step but you can do it if you’d like. 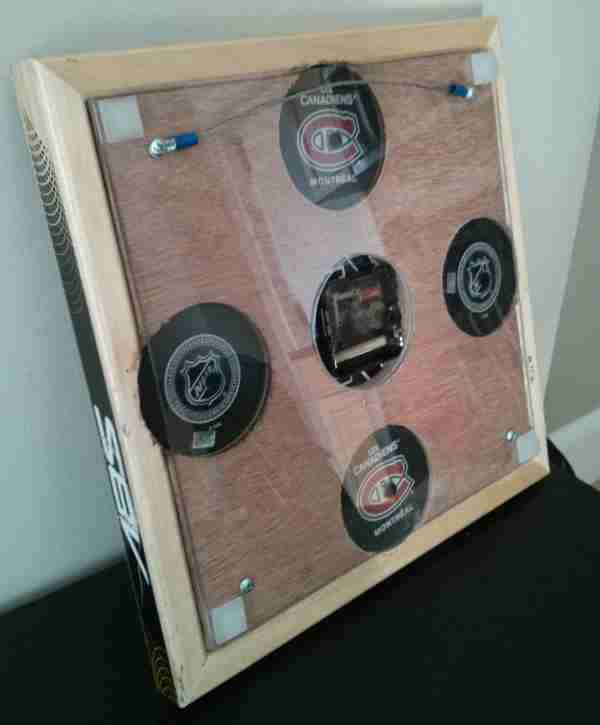 For a full model of the stick wall clock, check Models.